The distribution of the endangered Sydney Seahorse within seagrass beds in Sydney Harbour is poorly understood. By deploying Seahorse BnBs adjacent to existing seagrass beds in Sydney Harbour, and locating and tagging wild Sydney Seahorses in Posidonia seagrass, SIMS can determine how seahorses utilise the natural habitat compared with the artificial habitats and how the addition of Seahorse BnBs can aid recruitment and breeding.

STAGE 1B: TRIAL RESTORATION OF POSIDONIA BEDS IN SYDNEY HARBOUR

Posidonia australis is a slow-growing and highly productive seagrass that provides habitat, shelter and food to hundreds of species, including the endangered Sydney Seahorse. Posidonia australis meadows are also critically important ‘blue carbon’ sink habitats, because of their efficiency in storing carbon, which is higher than terrestrial forests and other seagrass species. Posidonia australis has been declining in Sydney Harbour, where it is expected to become extinct in the near future unless new conservation actions are taken. SIMS will use underwater surveys to produce detailed mapping of existing seagrass meadows in order to establish the feasibility of restoring Posidonia australis habitat in Sydney Harbour. This will identify potential donor sources for restoration work and will allow the deployment of a restoration trial that will monitor seagrass survival over 6 months.

STAGE 2: RESTORATION OF SEAGRASS IN SYDNEY HARBOUR AT ONE MAJOR SITE

Based on successful rearing of seahorse babies and introduction to Seabnbs in Chowder Bay, the team of scientists would rear babies of wild-sourced Sydney Seahorse pregnant males, tag and introduce to the restored Posidonia seagrass site. 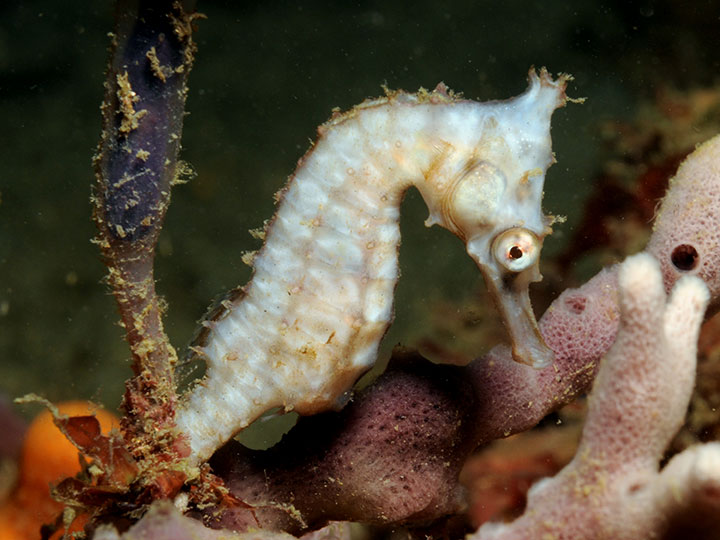 SeaBnB is an initiative by the Sydney Institute of Marine Science and Taylors Wines.